THE BLENHEIM SOCIETY – ITS FORMATION AND AIMS

During the late 1980’s the idea of forming an association or society to focus the attention of the many people who were interested in the history of the Blenheim aircraft and the personnel connected with it had been considered by several people. For many, the catalyst for this renewed interest was the completion of the 12 year rebuild to flying condition of a Mk IV Blenheim by Graham Warner and his team at the British Aerial Museum at Duxford, particularly after the considerable publicity given to the first flight on 28th May 1987.

From mid-1986 onwards, Hugh George held discussions with other like-minded people and found sufficient interest to justify the formation of a society. It had been hoped the recently restored Blenheim would fly at a reunion arranged at Wyton by Hugh and Betty George on 4th September 1987. Regrettably, the aircraft was written off on 21st June 1987 when she crashed at Denham, which attracted more publicity. Graham Warner took the decision to sponsor the restoration of a second Blenheim to flying condition and declared his intentions at a press conference on 28th June 1987 where the Blenheim Appeal was launched and the proposed formation of The Blenheim Society announced. All interested parties came together on 4th September 1987 at the Old Bridge Hotel, Huntingdon where an ad-hoc committee was appointed to formulate the aims of a society and proceed with its formation.

The first public meeting was held on 28th November 1987 at Duxford with an attendance of 300 and it received good press and TV coverage, so The Blenheim Society was launched most successfully. Further public meetings were held at an air display at Duxford on 15th May 1988 and at the RAF Museum Hendon on 24th September 1988. The formal Inaugural General Meeting of The Blenheim Society was held at Hendon on 19th March 1989 when the ad-hoc committee members stood down and were then all elected en-bloc by the members as the formal committee. The three aims of The Blenheim Society, initially adopted at the Huntingdon meeting, were also approved.

The formation of The Blenheim Society and the establishment of a Committee to direct its activities and to develop general interest resulted from the very considerable efforts of a number of people, some of whom have served in an official capacity, others who have remained in the background. The outcome is a well established, financially healthy and soundly organised Society with three positive and recognised aims:-

• To record the history of Blenheim aircraft and crews in RAF service.
• To raise funds and offer expertise to assist in restoring to flying condition the Blenheim (Duxford) Limited’s Bristol Blenheim.
• To arrange reunions and other events for Blenheim veterans and others with a common interest. 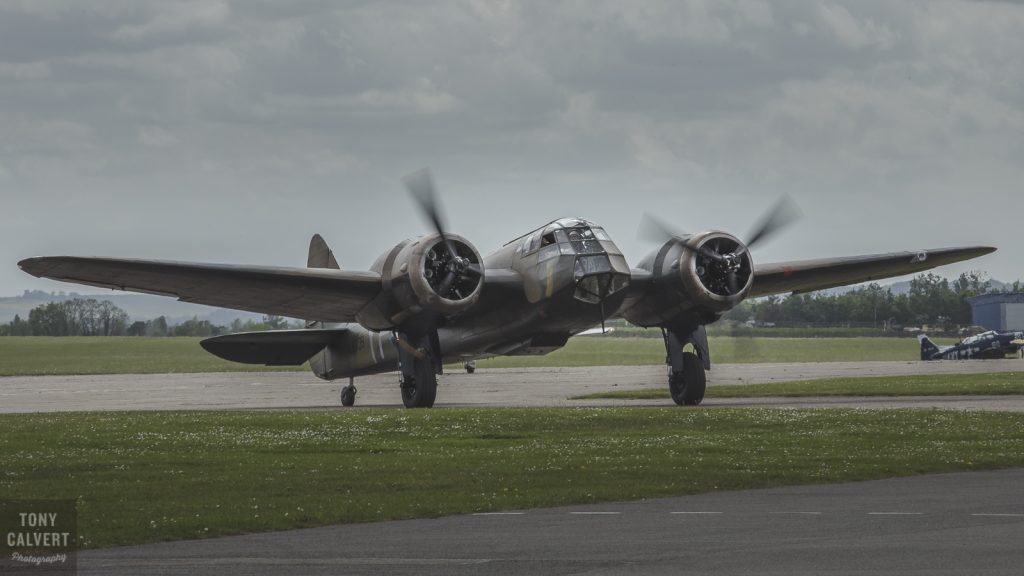